The Cabinet Manual has, for many years now, been the authoritative guide to New Zealand’s system of central government decision making, and a primary source of information on constitutional matters. It is acknowledged internationally as a blueprint for how governments should conduct themselves while in office. Here in New Zealand we are long-used to the idea of a publicly accessible guidebook to good governance. And we are also used to the strong expectation that that guidance will be valued, treated with respect, and adhered to.

While the Manual has a venerable lineage it is not set in stone. One of its key strengths is that it is updated from time to time, to respond to and reflect changes and developments in political, administrative, and constitutional arrangements and language. The Secretary of the Cabinet, Michael Webster, will describe the process used to update such a key guidance document, and highlight some of the more significant and interesting changes and additions. 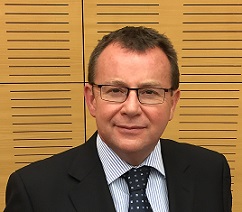 Michael Webster was appointed Secretary of the Cabinet and Clerk of the Executive Council in March 2014. Before his current appointment, Michael was Deputy Secretary of the Cabinet (Constitutional and Honours). He has been with the Cabinet Office for nine years. Prior to that he spent six years at Wellington City Council as City Secretary. Michael's public service career has included over eight years with the State Services Commission (SSC) in various advisory and management roles, and two years on secondment from the SSC to the United Kingdom Cabinet Office.