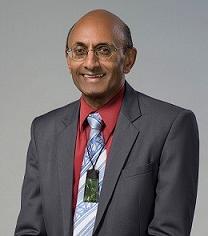 Dr Ganesh Nana took up the role of the Chair of the Productivity Commission in February. Building on the knowledge, evidence, and work of the Commission over its first 10 years, Ganesh’s vision for the Commission is to further promote public understanding of productivity-related matters. Ganesh sees productivity as aligned to the responsibility we all have as kaitiaki of the valuable taonga we enjoy in Aotearoa. He believes productivity and wellbeing must be viewed together, not separately.

In this session, you will hear what this means in practice for the public service. Ganesh will also refer to the Commission’s 2019 inquiry into measuring and improving public sector productivity. Ganesh is a first-generation New Zealander, born, bred, and educated in Te Whanganui a Tara. His interest in economics originally emanated from his love of numbers, which in turn arose out of his passion for cricket.

Ganesh took up the position of Chair of the Productivity Commission Te Kōmihana Whai Hua o Aotearoa after 22 years at the consultancy Business and Economics Research Limited (BERL). His work at BERL covered a broad range of projects. His highlight was efforts in strengthening relationships with Māori entities and organisations and building an understanding of te ōhanga Māori.

In 2018 he was appointed a member of the Government established Welfare Expert Advisory Group, which reported back in 2019 with Whakamana Tangata – Restoring Dignity to Social Security in New Zealand.

Prior to BERL, Ganesh acted as primary caregiver to his pre-school children while also employed as part-time lecturer at Victoria University. Before children, Ganesh managed to explore some parts of the world – including working in England as a researcher at the House of Commons gaining experience with IMF and OECD economic models. On his way home to Aotearoa he spent several months visiting family and ancestral lands across India.

Ganesh believes economics is fundamentally about people and is best reflected in our collective role as kaitiaki o taonga.