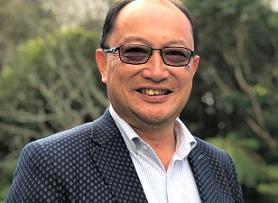 Come at 7.15am for breakfast, the speaker will start at 7.45am, it's an early start but well worth the effort to hear Meng discuss first-hand his career path, highlights and challenges. There will be the opportunity to ask questions and engage with Meng as well. In August 2019, Meng Foon was appointed Race Relations Commissioner, after 24 years at the Gisborne District Council.

When he was appointed the then Justice Minister said, Meng “has an outstanding record as a relationship builder and walks comfortably in the Pākehā world, the Māori world, the Chinese community and other communities making up New Zealand”.

The Human Rights Commission is an independent Crown entity that works with Government and civil society to promote respect for human rights, encourage harmonious race relations and equal employment opportunities, and to resolve complaints about discrimination and related issues. Meng is responsible for leading the work of the Human Rights Commission in promoting positive harmonious race relationships.

He was first elected onto the Gisborne District Council in 1995 and in 2001 he was elected Mayor, a role he held for 18 years. He is one of a handful of people of Chinese descent to have become a mayor in Aotearoa New Zealand. He is fluent in English, Cantonese and Te Reo Māori. As of 2019, he is still the only mayor in Aotearoa New Zealand who is fluent in Te Reo. He is a member of many community organisations and composes music in his spare time and has even released a CD.