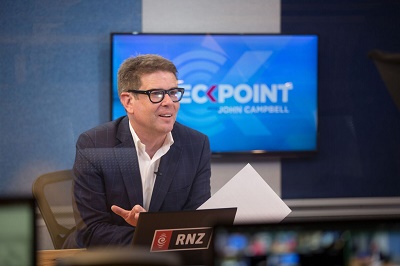 Digital disruption in the media sector prompted Radio New Zealand (RNZ) to transform itself into a modern, innovative and successful multi-media organisation. In 2014/15 RNZ managers and staff agreed to set the aspirational goal of doubling RNZ's unduplicated weekly audience from 500,000 to 1 million people across all platforms in five years. The project involved an organisation-wide review of services, a realignment of the organisationâs vision and purpose and renewed commitment as a state-owned media organisation.

RNZ's strategy was to create the best mix of credible, independent content and develop new platforms and services to reach as many people as possible. For example, Checkpoint with John Campbell is a visual radio show delivered on-air, streaming online, on Freeview, on-demand and via social media.

The plan is working: more than 600,200 people listen to RNZ radio networks each week; and its website has 1.5 million users. It has an unduplicated weekly audience of 750,000 across all RNZ platforms. Operating costs have been reduced by $2.8million and RNZ is on track for a budgeted break-even result in 2016-17 and beyond.